At the dawn of the 20th century there was an invention that was poised to take over the world: The automobile. Of course the automobile has been around, in one form or another, since the 1600s but the main form of transportation was the horse and carriage. Cars were still seen as a novelty due to their unreliable nature and somewhat complicated operation. The days had yet to come when you were able to jump in the seat, hit the key and go across the country. For instance a Ford Model T built before 1919 still did not have an electric starter, requiring the enthusiast to crank the engine to life. This resulted in many broken arms due to the engine backfiring, how many of us would risk a broken arm to start the car in the morning? Before the actual cranking procedure, a list of processes needed to be followed. The choke, the fuel setting and even the ignition timing needed to be in the ideal position. Of course once the wheels hit the road the Model T drives like a dream, if you keep the speed at a sobering 25 MPH. This is one of the reasons Ford took over the world with the Model T, including reliability and the manageable price point. Millions of the vehicles were sold worldwide, and by the 1920s over 50 percent of the cars in the world were Ford Model Ts.

The Car Becomes Part of the Family 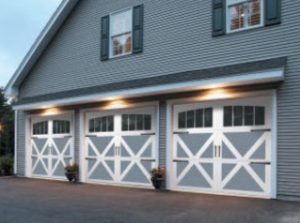 The vehicle culture of America began in the Model T and the substandard roads eventually caught up to the performance of the automobile. This allowed the car to be viewed as a viable transportation alternative to the horse and carriage. The open road called to subsequent generations of people and the car truly became a central focus of American life. As highways began to crisscross the nation, a quiet phenomenon began to creep its way into the neighborhoods of the country.

In the heyday of the horse and carriage, both the horses and the vehicle were stored in the barn. Of course if you have spent any time in a barn, you know how dirty things can get. At some point, a dedicated carriage house became part of almost every property. Once the automobile appeared, the carriage was relegated to the pasture and the car became the carriage house dweller. Over the years the carriage house migrated closer to the main house and, eventually they became one. These days, it is virtually impossible to find a home without an attached garage in Northern Colorado.

The Garage as an Oasis

It was in the hot rod culture of the 1950s that garages evolved into a bonafide gathering place in the home. Hot rodders would congregate over the hoods of their latest modifications turning the garage into a home workshop. Work benches sprung up and more amenities crept their way into the garage. As we all know, the cars of the 1950s and 60s were testaments to the expansive space of America. These massive, finned beasts dictated that either they were parked on the street or the garage was expanded. For example, a 1974 Cadillac Fleetwood weighed in at three tons and was a staggering 21 feet long, that is a lot of iron to put into a garage designed for a much smaller vehicle, but what style they had. Seemingly overnight the gas crisis hit and with it, a drastic shift in the way America thought about the automobile. The big land yachts might have been gone but the increased garage space remained, allowing the gas conscious consumer to either buy another car or utilize their garage for things like storage and home gyms. The recent phenomenon of the man cave has elevated the garage to a different kind of space than simply vehicle storage. It is not uncommon to find a TV or even a couch in the garage, as it has become much more of a social place considered acceptable for some forms of entertaining.

The Doorway to America

Stepping into your garage and hitting the button raises the garage door, thereby opening the whole world in front of you. It is said, by gas station philosophers everywhere, that every road in America is connected. Whether that be the case or not, the garage door has become the defacto front door of our country. At Absolute Quality Garage Door Service we take great pride in our role of garage door repair, installation and service. When your garage door is not working, be it the opener or a torsion spring, we can have you back in business in no time. Absolute Quality Garage Door Service is proud to offer flexible hours because we understand that garage doors don’t only break from 8-5 M-F. Please contact us for any questions you may have about your broken garage door, and let us give you your freedom back! 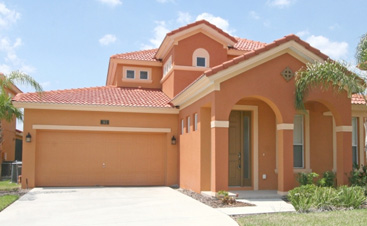 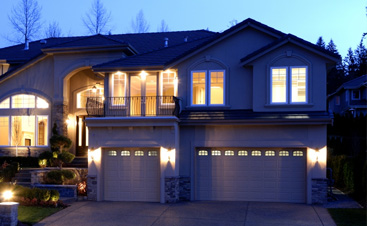 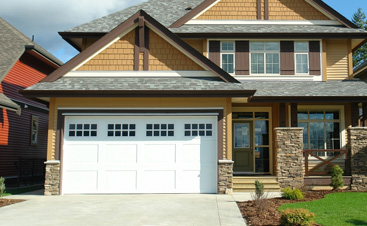